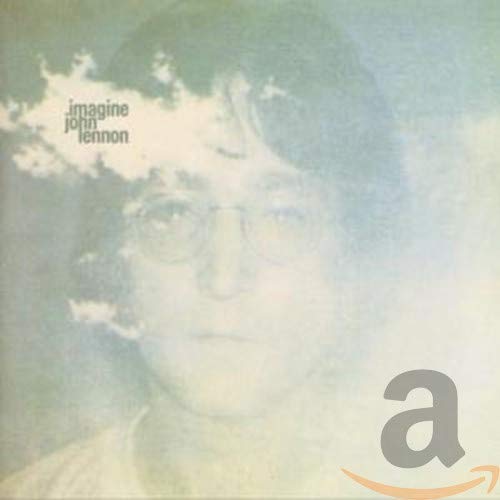 One of the best all-time rock albums by any measure, Imagine is nearing its 30th birthday-and here's a marvelous tribute. You can get the original LP on CD or cassette with remixed, remastered sound and a 16-page booklet with lyrics and rare pix. Or go behind the scenes of a masterpiece-the documentary Gimme Some Truth-The Making of Imagine , featuring an unfinished film by John and Yoko, is available on VHS or DVD (DVD has surround sound, an eight-page booklet and discography). A treasured moment in rock history.

"h3"Amazon.com "p"The enduring legacy of John Lennon's best album has overshadowed a glaring historical irony: the Beatles' original architect was also responsible for some of the Fab Four's most erratic solo albums. His recording projects all too often held hostage to polemics both personal and political, Lennon's conflicting artistic sensibilities arguably reached perfect balance just once. Coproduced with an uncharacteristically subtle touch by Phil Spector (a stark contrast to his dense aural constructions for George Harrison's All Things Must Pass from the same period), this is Lennon as whole man. Here he exhibits childlike utopian optimism (the title track), extends romantic paeans to the love of his life ("Oh Yoko!" "Oh My Love," and "Jealous Guy," the latter two begun as White Album demos) and spews bitter, petty acrimony toward his former songwriting partner ("How Do You Sleep?"). Set against such expressions, Lennon's fervent antiestablishment tirades ("I Don't Want to Be a Soldier," "Gimme Some Truth") took on some real weight and perspective, while his dollops of introspection ("How?" "Crippled Inside") have an air of resignation missing from the vitriol of his personal exorcism, Plastic Ono Band. This digitally remixed/remastered redux of the album may invoke the ire of the historically retentive, but it was accomplished under the aegis of Yoko Ono with an ear for clarity and a little more of John Lennon's complex, but always gratifying, soul. "i"--Jerry McCulley

The most amazing videos from the BBC

Solutions for a sustainable world

Climate change is causing once-mighty rivers to dry up and temperatures to rise to deadly levels in Mexico.

More around the BBC

BBC in other languages